"Deluge" is a site specific installation at NurtureArt, made in collaboration with Joyce Yamada in 2008.

The piece is a dystopian vision of the life of a Brooklyn artist once the polar ice caps have melted and half of Brooklyn is under water. It is meant as a Cautionary Tale of life in the near future if we humans continue carelessly with business as usual.

The installation originates from an analysis of the human relationship to nature that places a romanticized vision of nature at fault for a significant amount of human-caused destruction of the environment. While misguided efforts to control nature, human over-population, and an unwillingness to face the consequences of our drive for creature comfort are well-known problems, the dream of Eden is also a dangerous fallacy. It is for instance part of what leads to inappropriate usage of natural landscapes: the desire to live amidst beautiful scenery leads to subdivisions in the forest and disruption of local ecologies. Nature is neither benign nor stable, and we ignore its true functioning at our peril; ignorance and fantasy are dangerous.

Therefore, there is no paradise and no Garden of Eden. At the heart of the installation is a reference to Joseph Cornell's "Hotel Eden". In its 21st century permutation, the glass front of the hermetic box is shattered. The bird, transmuted from an exotic pet parrot to the ultimate urban survivor, the pigeon, has escaped. The homeless Brooklyn artist has tried to salvage as much art work as possible, is growing and drying food, making and salvaging art materials, but in general is over-run with vermin and struggling for survival.

We started with making the faux Cornell box, which has been the focal point of the piece since the original proposal. The work’s final imagery evolved simultaneously with the discovery of various usable detritus. For example, the dripping amber piece is one of Joanne's projects that never cured properly. This piece oozes and led to the idea of the toxic amber pool, our version of the La Brea tar pits. The painting with a severed bear head is an unresolved painting of Joyce’s, and it suggested many of the gorier details, as well as the and dark, grey palette. The shattered glass of the Cornell box led us to use several other glass shatters and shards. The piece evolved very organically, and as it became resolved, we wired, bolted and glued most objects into position, because the structure is mobile – the whole thing rolls into the gallery every night when they close up.

The faux vermin were purchased via internet and customized, and the lights are solar-powered. The other materials are mostly salvaged from the streets and our studios and our homes. 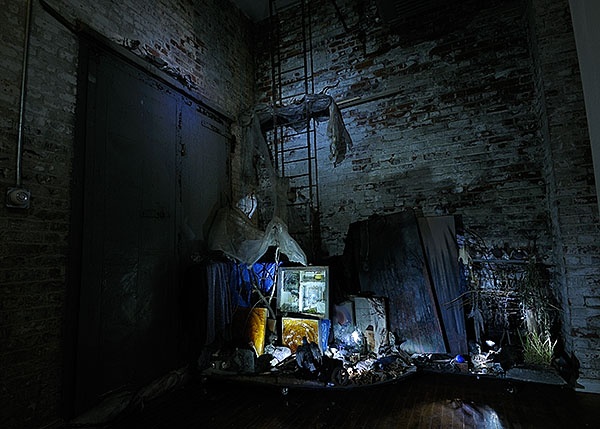 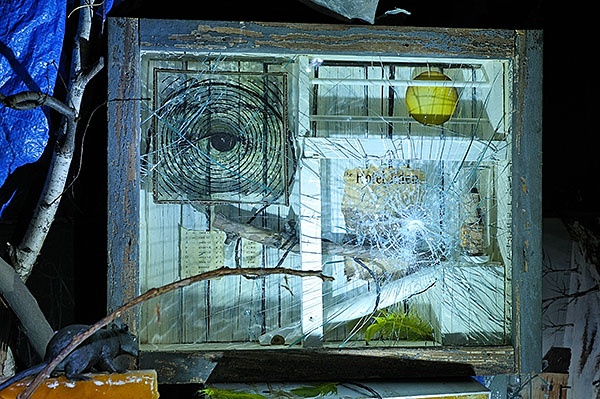 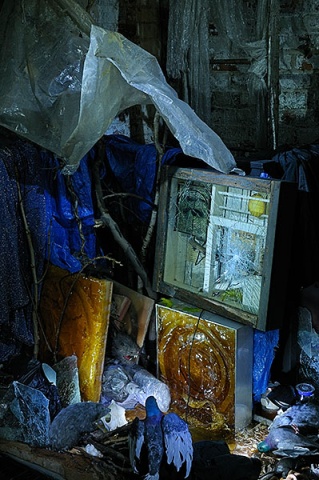 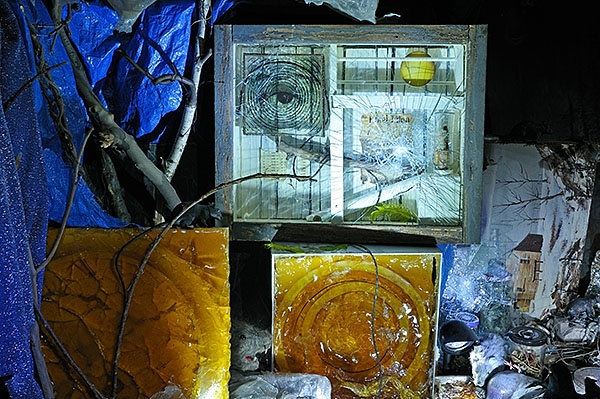 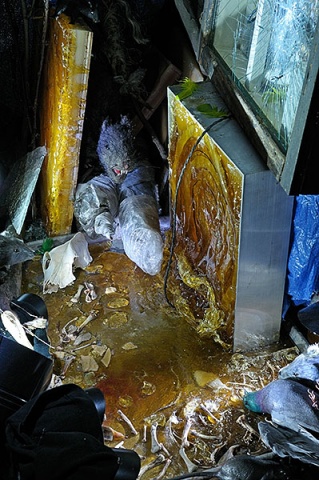 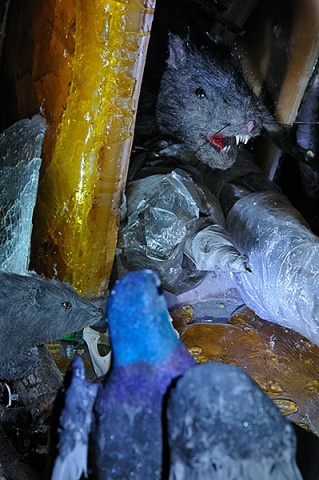 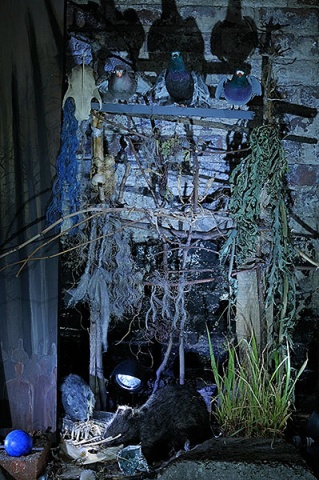 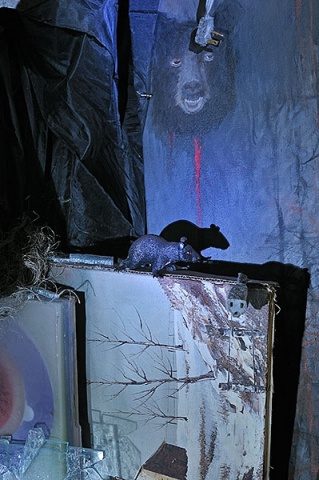 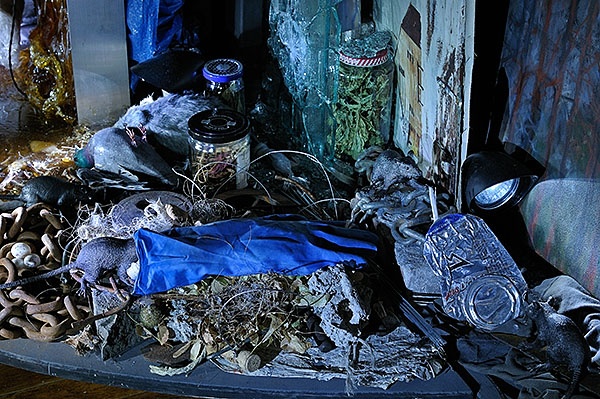 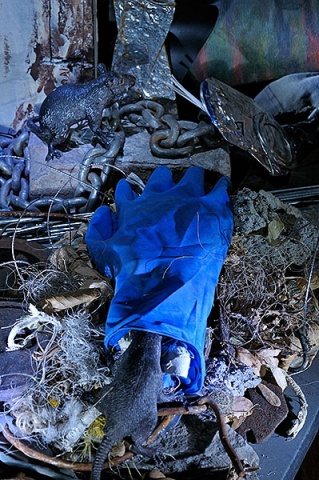